History of our Agency

Over the years, we have found that a team approach is the best way to help our clients as they navigate the complex world of insurance.

We invite you to experience the benefits of a diverse team with differing educational interests, experiences, and strategies. 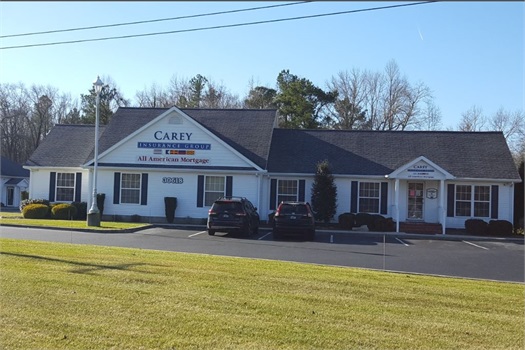 Carey Insurance Group of Dagsboro, Delaware was founded by James E. Carey, Jr. (Jim) on October 1, 1973. Jim’s business quickly grew to one of the most successful Nationwide Insurance Agencies on the Delmarva Peninsula.

In 1992, Jim’s son Scott graduated from the Perdue School of Business at Salisbury University and he joined the agency soon after.

Carey Insurance Group continued its rapid growth and was honored in 1999 as the #1 Nationwide Insurance Agency in the country.

In 2012, Carey Insurance Group was the #1 Nationwide Insurance Agency in Delaware and was nationally ranked in the top 50 Nationwide Agencies in the country.

By merging with other agencies, Carey Insurance Group is better able to serve the communities of Kent, Sussex, Worcester, Wicomico, and Somerset Counties. Thank you for visiting our website and we look forward to doing business with you.

It is also the foundation for intelligent, well-considered decisions. When you have questions about which insurance policies are right for you, sound decisions are vital in helping you pursue your goals and protect your future. For many, understanding every aspect of the insurance space can be daunting.

As insurance professionals, we are committed to helping people just like you find solutions for all your insurance needs. Once we understand your policy needs and goals, we will work to develop a program tailored to you.

Today’s environment can bring concerns, and even, dangers. That is why we work closely with our clients, so we can anticipate these challenges and address them before they happen.

We invite you to check out all the material on our website. If something prompts a question, please send us an email or call our office.